Learn a bit more about Snowline, the people, the lodge and our history.

TOP OF THE BRUCE

Please send all other correspondence to secretary@snowlineskiclub.org.nz

The Snowline Ski Club was formed in 1966 principally by students of the Auckland Technical Institute. The club was then aptly named the ATI Ski Club. Within three years a lodge had been built on Mt Ruapehu on the Whakapapa side of the mountain. The lodge itself was fabricated in Auckland by apprentices at the Auckland Technical Institute, then dismantled and re-erected on site. The club changed its name to the Snowline Ski Club in 1975.

The lodge is the second-to-last building on the left as you travel downhill from the top of the Bruce. The lodge can comfortably accommodate 32 people at any one time, with bunkrooms made up of four or six bunks. There is a large kitchen, dining and lounge area – complete with wood burner fire, which provides ample space for relaxation and conversation, even when the lodge is full. Other facilities available include a drying room, separate male and female bathrooms, lockers, ski/snowboard racks, ski & snowboard-waxing equipment, an outdoor balcony, and of course, many friendly and welcoming members.

The club membership is made up of many families with age groups that vary from 2 years to 82 years. Membership is limited to 250 members so that all members have the opportunity to enjoy the club. Continuous regular maintenance and upgrading is carried out, mainly by members on various work parties throughout the year. All members are encouraged to participate in at least one work party each year. Work parties are generally a lot of fun and a good way to catch up with old friends or make new ones. Voluntary wardens are responsible for organising the duty roster at the club each day and ensuring the safety and wellbeing of those staying at the club. The wardens test things such as fire and evacuation procedures.

Snowline Ski Club Incorporated is a legal entity under the Incorporated Society’s act and has a legal and formal constitution. Like any organisation there is a requirement for all members to adhere to the constitution and the rules of the club. An annually elected committee of 11 members manage the club. The committee always welcomes suggestions and feedback concerning the club.

During the ski season, a Custodian is employed to oversee the physical running of the lodge. Usually, the custodian will cook dinner and be present during the week when a warden may not be available.

Social events both on and off the mountain are organised regularly. During the season “theme” weekends, such as an Italian or Greek night, are held at the lodge and you are encouraged to become as involved as you feel comfortable. Being a ski club there are of course a number of ski-related events, for example, races, held during the season. Members are also kept involved in the club by way of regular newsletters, and once again, participation is encouraged.

Winter Snow Season at the club

During the snow season a Custodian is employed to oversee the physical running of the lodge. The custodian will cook dinner by 7pm each night of your stay (July-October), and will be present during the week when a warden may not be available.

Social events are organised regularly during the season.  These ‘theme’ weekends such as Mid Winter Christmas, Wine & Cheese weekend, Beerfest, Race weekend and the ever popular Ladies Week are held at the lodge and you are encouraged to become as involved as you feel comfortable.  Some of these weekends include an extra cost, but non-member rates are often discounted too, so check the bookings page for the special booking fee for that weekend.  We think this the best time to come try out the club to anyone considering joining.

Club Races are held every year for your chance to win a ski/snowboard medal and cup.  We also have club sponsorship programs for any Junior participating in any on the mountain race programs during the winter season.

Members are also kept involved in the club by way of regular newsletter, and Facebook page and once again participation is encouraged.

The Winter rates for accommodation and food are below: 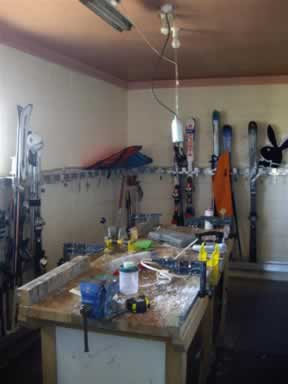 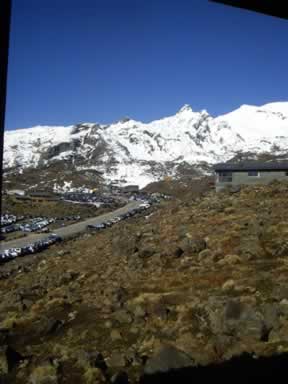 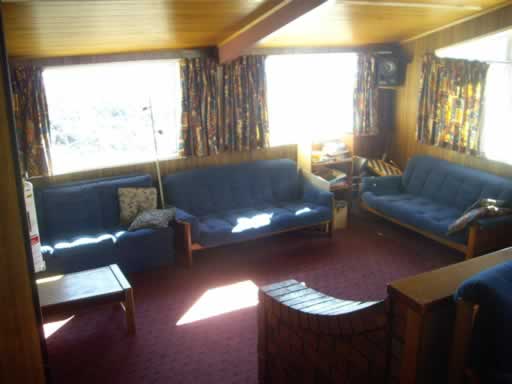 Off Season November to June months

Off Season at the club

You may not be able to ski or snowboard but below are some things you can do in Ruapehu!

We can also offer the lodge to clubs and educational groups and school groups during the summer season.  Please see Group bookings at the end of this page.

Simply book through this web site or email bookings@snowlineskiclub.org.nz .

The rates are below.

$20 per person per night members

$30 per person per night for non-members, groups

For more information on these activities visit www.visitruapehu.com

We do take group bookings. You may have the following options:

Please don’t hesitate to contact us if you need more information on booking@snowlineskiclub.org.nz